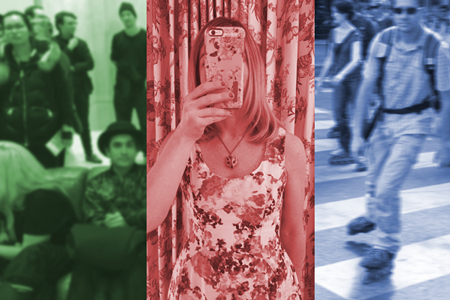 Just for the record, it’s been official for a while now: Millennials, born between 1981 and 1997 (age 18-34 in 2015) are the the largest living generation. They number over 75 million as of that year. Plus, the ranks of the Millennial generation are likely to grow at both ends of the cohort’s age range through immigration. This affects the face of Millennial America, which is more non-white than previous generations. This multi-cultural mix will (and already does) affect every aspect of American life, from teen tastes to world-changing industrial, media, and technology innovation.

According to a Pew Research Center analysis of Census data, Millennials became the largest generation in the U.S. labor force as of 2015, passing Gen Xers (age 35-50 in 2015). So, as consumers, taste-makers and innovators, Millennials have a profound economic impact, which naturally leads to their emergence as a major marketing target.

Millennials have a different, more positive and accepting set of views on so many aspects of life, from sexuality to immigration, to their financial future. Many of the negatives associated with Millennials are filtered through the life experiences of older generations, when the rules were different and the options somewhat different.

In the face of headwinds including student debt and the absence of traditional workplace security, Millennials are surprisingly optimistic about their prospects. This is in large part due to their expanded perspective. They are more activated by the concept of “Global Village” coined by Marshall McLuhan in the 1960s, than their elders. Unencumbered by biases left over from life before the Internet and social media, they are willing and able to investigate, connect, verify and act in their own (and mutual) self-interest when it comes to buying.

So what sort of direct marketing messages resonate? Pretty much the same sort of messages that have always done so. Ones that ring true. Ones that reflect current values. Ones that clearly address a need as defined by the user, not the advertiser. What has changed is the delivery system. For them money doesn’t (literally) grow on trees, which can be interpreted as both a nod to sustainability and embrace of Apple Pay.

A number of interesting perspectives on advertising are captured in the NPR series, “New Boom”, in a segment titled “How Do You Market To Millennials?”.

For example, while Boomers cringed in fear of blipverts in “Max Headroom”, Millennials are comfortable with six second Vine ads from Lowes. That’s the hardware store, not some alternative band. Short and sweet translates into relevance, authenticity, and sales.

At the same time they embrace the very tech advances in marketing communication that they probably invented, Millennials are open to traditional media, including advertising mail. In the report titled “USPS Mail Moments 2016 Review” (PDF download, p14, “Findings: Generational Differences”), Millennials are found to be quicker to open marketing mail, and more likely to engage with it, than their generational predecessors. The tactile benefits of physical mail are not lost on them.

One significant caveat appears to be that targeting (as in, mailing list hygiene), authenticity (relevance to the recipient’s life, often manifested by personalization), and value (offering attractive cost and convenience) must be faithfully observed, or into the recycling bin (formerly the “round file”) it will go.