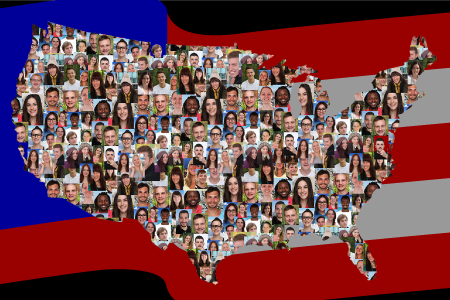 The long predicted ethnic/racial majority minority U.S. population will soon be here. The 2020 census will show that more than 50% of children in the U.S. belong to an ethnic or racial minority. By 2044, that is projected to be true for the entire population.

In a majority minority nation, targeting “Americans” may indeed reach all U.S. citizens. But it may not resonate with Asian-, African-, Latino-, Muslim-, Native-, and Caucasian-Americans in particular. For marketing and fundraising, consideration must be given to cultural differences, and further include religious diversity. The importance of presenting an authentic, relevant marketing case to a personalized audience is no longer an option.

Getting The Audience Right

Nothing is more painful than a poor response to a direct marketing campaign that features a great offer, creative design and is sent to a “qualified” list. Stinging is an email campaign that results in more opt-outs than inquiries. Today, most direct marketers realize the practice of targeting mass audiences as large, homogeneous groups is wasteful.

The 40-40-20 rule states that 40% of success is determined by the offer, 40% by the list (often referred to as the audience), and 20% by the creative. No wonder that over 100,000 business and consumer mailing lists and databases are available. Audiences of bridge players can be targeted as well as cardio-thoracic surgeons (which means bridge playing cardio-thoracic surgeons can be reached, by city, state, and age). Targeting can be more finely focused than ever.

Consider the example of Asian Americans. Below are some findings from a report by Claritas:

The above suggests targeting the Asian American community with both B2B and B2C campaigns is a commercial growth strategy rich in tactical options.

Another rapidly growing segment of the majority minority mix is the Hispanic community. According to Pew Research, Hispanics are expected to be the largest racial or ethnic minority voting bloc in 2020, just over 13%. That’s approximately 32 million people, a potentially powerful electoral influence. The challenge for political organizations is reversing the trend of reduced voter turnout by Hispanics in every general election since 1996.

The year 2020 will see important change – already underway – in the American demographioc landscape, re-shaping the ethnic, racial, and generational cultural and business climate.

Millenials will outnumber Baby Boomers to become the largest generational cohort. This is a big deal because of some of the new behavioral and economic realities they bring. According to Pew Research:

In 2020, we already live in a generational majority minority electorate. Baby Boomers will comprise 28% of eligible voters. With Millennials at 27%, Gen X at 25%, the Silents at 9%, and the oldest of the newest – Gen Z born after 1996 – at 10%, political messaging will have to be simultaneously segmented and unifying.

How Quality Marketing Data Makes Sense Of All This

Those 100K+ mailing lists hold the key to targeting consumer and business audiences representing the spectrum of race, ethnicity, gender, and age with precision and relevance. Provided of course they are built with timely, accurate data.

Americans will shortly comprise both an ethnic and generational majority minority. This will require target marketers to depend on insight and authenticity to resonate with their audiences. Become recognized as a reputable, respectful, relevant marketer or fundraiser. Always use fresh, accurate audience data. For more about marketing in a majority minority America, please contact us for more information about mailing list and data analysis resources.

← Prev: The World Wide Web At 30 Next: The Different Types of Mailing Lists: Find The Perfect Blend → 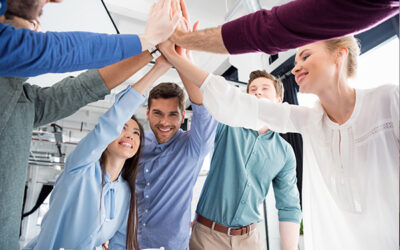